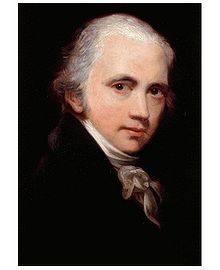 William Beechey Art
William Beechey Biography
He was originally meant for a conveyancer, but a strong love for painting induced him to become a pupil at the Royal Academy in 1772. Some of his smaller portraits gained him considerable reputation; he began to be employed by the nobility, and in 1793 became associate of the Royal Academy. In the same year he was made portrait-painter to Queen Charlotte. His work has been described as relatively sober.

He painted the portraits of the members of the royal family, and of nearly all the most famous or fashionable persons of the time. What is considered his finest production is a review of cavalry, a large composition in the foreground of which he introduced portraits of George III, the Prince of Wales and the Duke of York, surrounded by a brilliant staff on horseback. Among his portraits were those of Lord Nelson, John Kemble, and Sarah Siddons.

George III and the Prince of Wales reviewing troops was painted in 1798, and obtained for the artist the honour of knighthood, and his election as RA (member of the Academy). This painting was destroyed in the 1992 Windsor Castle fire.


Article from Wikipedia
Posted by Admin at 7:56 PM