Gunnar Berg
Gunnar Berg (21 May 1863 – 23 December 1893) was a Norwegian painter, known for his paintings of his native Lofoten. He principally painted memorable scenes of the everyday life of the local fishermen. 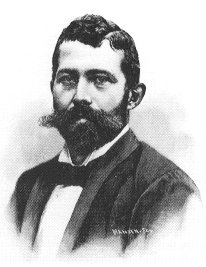 Gunnar Berg was born on Svinøya in Svolvær on Lofoten, Nordland County, Norway. He was the oldest of 12 siblings born to a landlord and merchant, Lars Thodal Walnum Berg (1830-1903) and Lovise Johnsen (1842–1921). From 1875-81, he attended Cathedral School in Trondheim, and also took private lessons in drawing and painting by the artist H. J. Johannessen. He later attended a trade school in Bergen. He was first employed as a merchant. He later studied to became an artist.

Gunnar Berg first studied at the art academy in Düsseldorf, Germany. From 1883 until his death, Gunnar Berg studied and worked in Düsseldorf and Berlin. During the Lofoten fishing season, Berg was at home in Svolvær. Berg painted scenes from his hometown including both landscapes and seascapes. Fishermen, mountains and the sea, during both summer and winter, comprised the primary themes of his artistry.

His most commonly recognized painting, Trollfjordslaget depicts The Battle of Trollfjord which was fought in 1890. The Battle at Trollfjord (Slaget i Trollfjorden) was fought between the owners of large steamships and some Lofotfisherman over the control of local fishing. This painting is situated in the Gunnar Berg Gallery in Svolvær.

Trollfjordslaget was Gunnar's last major work. In 1891 it was discovered that he had cancer in one leg that had to be amputated. His health was weakening and during the fall of 1893 he incurred pneumonia. Gunnar Berg died in Berlin during 1893. His grave is on the Island of Gunnarholmen in Svolvaer.


Article from Wikipedia
Posted by Admin at 1:49 PM