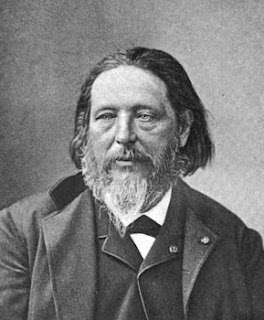 Jules Breton Art Gallery
Article from Wikipedia
Jules Adolphe Aimé Louis Breton (1 May 1827 – 5 July 1906) was a 19th-century French Realist painter. His paintings are heavily influenced by the French countryside and his absorption of traditional methods of painting helped make Jules Breton one of the primary transmitters of the beauty and idyllic vision of rural existence.

Breton was born on 1 May 1827 in Courrières, a small Pas-de-Calais village. His father, Marie-Louis Breton, supervised land for a wealthy landowner. His mother died when Jules was 4 and he was brought up by his father. Other family members who lived in the same house were his maternal grandmother and his uncle Boniface Breton. A respect for tradition, a love of the land and for his native region remained central to his art throughout his life and provided the artist with many scenes for his Salon compositions.

His first artistic training was not far from Courrières at the College St. Bertin near Saint-Omer. He met the painter Félix de Vigne in 1842 who, impressed by his youthful talent, persuaded his family to let him study art. Breton left for Ghent in 1843 where he continued to study art at the Academy of Fine Arts with de Vigne and the painter Hendrik Van der Haert. In 1846, Breton moved to Antwerp where he took lessons with Baron Gustaf Wappers and spent some time copying the works of Flemish masters. In 1847, he left for Paris where he hoped to perfect his artistic training at the École des Beaux-Arts.

In Paris he studied in the atelier of the Michel Martin Drolling. He met and became friends with several of the Realist painters, including François Bonvin and Gustave Brion and his early entries at the Paris Salon reflected their influence. His first efforts were in historical subjects: Saint Piat preaching in Gaul then, under the influence of the revolution of 1848, he represented Misery and Despair. The Salon displayed his painting Misery and Despair in 1849 and Hunger in 1850-51. The End of the Working Day, 1886-87, Brooklyn Museum

Both paintings have since been destroyed. After Hunger was successfully shown in Brussels and Ghent, Breton moved to Belgium where he met his future wife Elodie. Elodie was the daughter of his early teacher Félix de Vigne. In 1852, Breton returned to France. But he had discovered that he was not born to be a historical painter, and he returned to the memories of nature and of the country which were impressed on him in early youth. In 1853 he exhibited Return of the Reapers, the first of numerous rural peasant scenes influenced by the works of the Swiss painter Louis Léopold Robert. Breton's interest in peasant imagery was well established from then on and what he is best known for today. In 1854, he returned to the village of Courrières where he settled. He began The Gleaners, a work inspired by seasonal field labor and the plight of the less fortunate who were left to gather what remained in the field after the harvest. The Gleaners received a third class medal, which launched Breton's career. He received commissions from the State and many of his works were purchased by the French Art Administration and sent to provincial museums. His 1857 painting Blessing of the Wheat, Artois was exhibited at the Salon the same year and won a second class medal.

He continued to exhibit throughout the 1870s and into the 1880s and 1890s and his reputation grew. His poetic renderings of single peasant female figures in a landscape, posed against the setting sun, remained very popular, especially in the United States. Since his works were so popular, Breton often produced copies of some of his images. He was extremely popular in his own time, exhibiting numerous compositions at the Salons that were widely available as engravings. He was one of the best known painters of his period in his native France as well as England and the United States. In 1880 Vincent van Gogh walked 85 miles to Courrières to pay a visit to Breton, whom he greatly admired, but turned back, put off by Breton's high wall.

In 1886, Breton was elected a member of the Institut de France on the death of Baudry. In 1889 he was made commander of the Legion of Honour, and in 1899 foreign member of the Royal Academy of London. He also wrote several books, His brother Emile, an architect by training, and his daughter Virginie were also painters.

He was also a recognized writer who published a volume of poems (Jeanne) and several editions of prose relating his life as an artist and the lives of other artists that he personally knew; among them Les Champs et la mer (1876), Nos peintres du siècle (1900), Delphine Bernard (1902), and La Peinture (1904). Breton died in Paris on 5 July 1906.

Willa Cather's novel The Song of the Lark takes its name from Breton's painting.
Posted by Admin at 2:24 PM